The imposing gothic structure of St Xavier’s College, Kolkata standing with all its charm must have often impressed you as you zoomed down Park Street in your car.

But have you ever wondered if this was the original college that has catered to millions of students down generations? Well, in reality St. Xavier’s College was established twice – 1835 to 1846 and 1860 to date.

The first one winded up after eleven years of its establishment in July 1835 by a group of English Jesuits on Portuguese Church Street. In January 1838, the college was shifted to a rented house on Park Street. From there, the college was once again transferred to another rented house on 28, Chowringhee Road (where Indian Museum stands now) in January 1841. Following a dispute with the local Church administration, the English Jesuits went back to their country in October 1846.

The present St. Xavier’s College is the second one that was set up later in January 1860 by a group of Belgian Jesuits at the amalgamated 10 &11 Park Street (now 30 PS). After the death of Esther Leach, the “Queen of the Indian Stage” in 1843, the famous Sans Souci theatre was bought by the Bishop of Calcutta, Monsignor Joseph Carew and the Belgian Jesuits started the SXC in 1960 with 40 students under the leadership of Fr. Henry Depelchin.

Fr. Depelchin bought four Horse-drawn carts (as you in the picture) to transport students to the College. 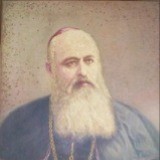 The Goethals Indian Library and Research Society has a three fold function.

A Library
A Research Centre
A Minor Archives division on St. Xavier's College (Autonomous), Kolkata and the Jesuits and Christian mission in India, particularly West Bengal.